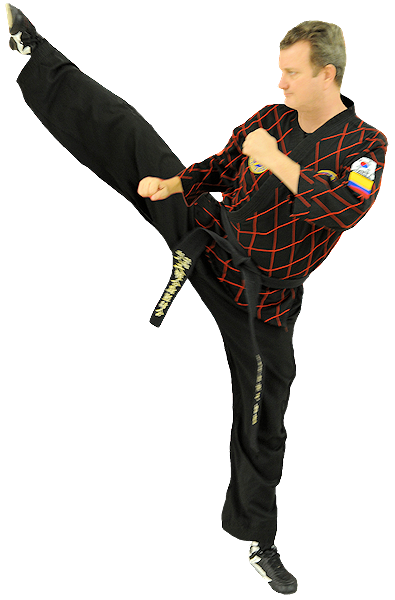 What We Teach at USA Hapkido Union Schools

If you visit any USA Hapkido Union school, you will see firsthand that Hapkido is a Korean martial art of self-defense. Translated to English, Hapkido means the “Way of Coordinated Power”. As you practice Hapkido you will see that it incorporates many aspects of self-defense skills such as joint locks, pressure points, throws, kicks, hand, knee, elbow, and head strikes.

Hapkido training includes traditional weapons like short stick, middle stick, long pole, cane, belt, rope, knife, sword, and fan. Master level weapons training can include, stone, coin and knife throwing. Some Hapkido systems have more exotic weapons like spear and broad sword.
The philosophy of Hapkido as it is officially taught in Korea is to use minimal force to overcome a more powerful opponent. Great strength is not needed to apply the techniques of Hapkido effectively. Hapkido uses circular motion, non-resisting movements, and control of the opponent instead of strength against strength. Hapkido is often described as a blend of martial arts because it combines “soft” techniques like Aikido and Jujitsu with “hard” techniques like Taekwondo and Karate. Hapkido is considered an effective self-defense art that has become popular with the elite military and police units around the world.
Traditional techniques of Hapkido are effective even in our modern times. Hapkido’s effectiveness for military hand to hand and close-range combat is another reason that it is widely used by law enforcement and military units. Hapkido striking techniques are more destructive and effective than many other arts because Hapkido emphasizes the use of vital points, pressure points, and joint manipulation. This combination makes Hapkido an extremely effective self-defense art and the most scientifically advanced martial art.
As a professional Hapkido teacher I have also TukongMuSool, the Korean Army version of Hapkido, and MuJokDo and modern adaptation of Hapkido used by the Korean Marine Corp. My teaching has been influenced by my own military experiences as well as my time working in the executive protection. This mix of traditional discipline with real world experience allows me to speak from experience on the effectiveness of Hapkido. Not just from theory. I invite anyone interested in learning Hapkido to train at an official USA Hapkido Union school. They have authentic training and are certified by the World Hapkido Headquarters in Korea.

About the author: Richard Hackworth is a Grand Master of Haemukwan Hapkido, Taekwondo and Korean Sword. He also hold a Masters License in Tai Chi. Hackworth is best known as the host of the “World Martial Arts TV Show” and “Fight for Your Health TV Show”. To learn more about Hapkido visit https://worldhapkidonews.com. 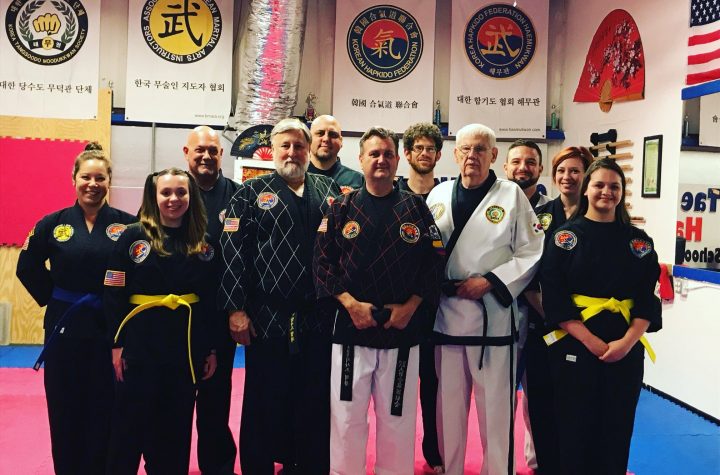 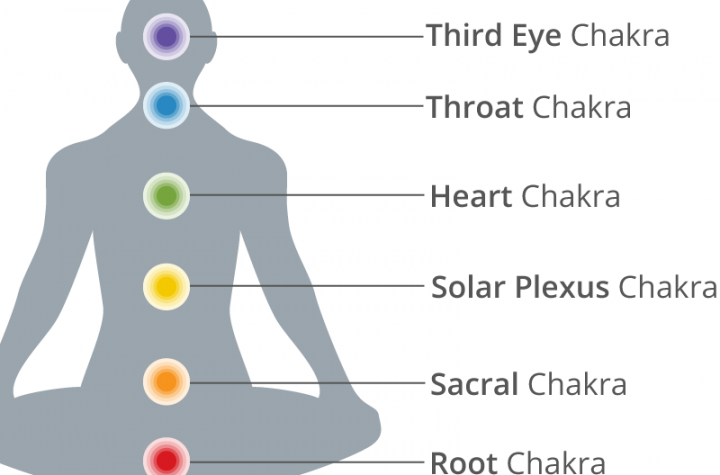 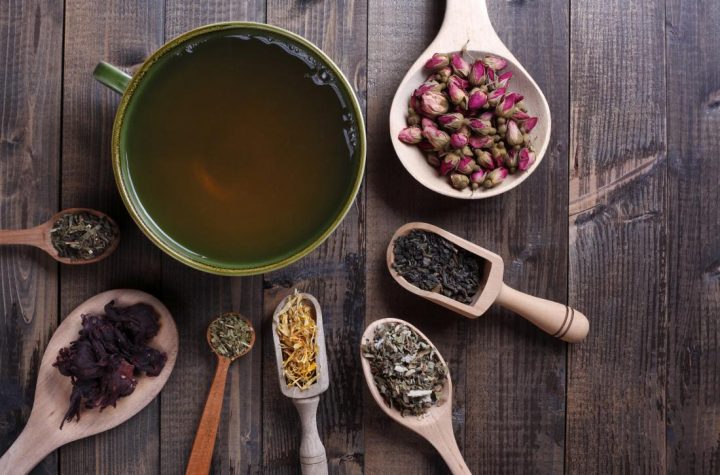 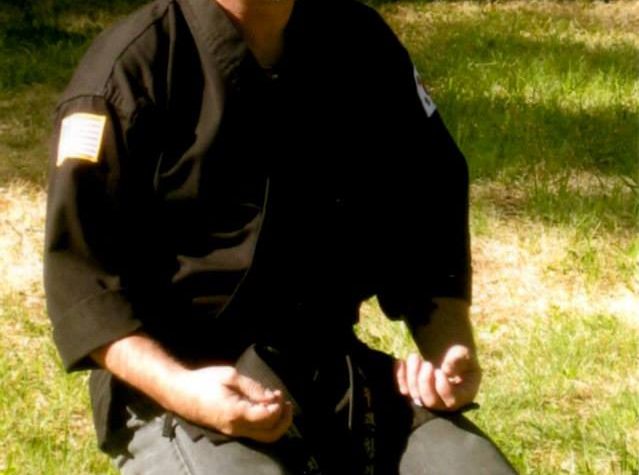 Do Your Hapkido Meditation Outside by KJN Jae Jeannotte